The Husqvarna brand will debut in several countries including India. 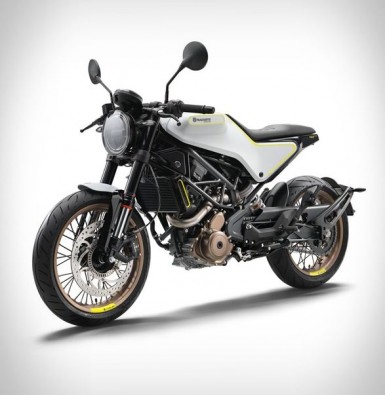 Bajaj Auto and KTM intend to grow the Husqvarna brand globally in 2018. This comes of the back off a 10-year partnership between the Indian and Austrian bike makers.

KTM, which is owned by Bajaj, acquired a long-term licence for Husqvarna Motorcycles in 2013. In 2016, Husqvarna sold 30,000 units worldwide and Bajaj and KTM are looking at increasing these numbers in 2018.

Initially, three Husqvarna models – the Vitpilen 401, Svartpilen 401 and Vitpilen 701 – will be manufactured in Mattighofen, Austria in early 2018, and production will then move to Bajaj’s Chakan plant later in the year.

The initial lot of Husqvarna 401s that are to be assembled in Europe will have its components manufactured in Chakan, the Austria unit will largely assemble the bike.

Bajaj wants to sell the models in India and Indonesia at par with the Dukes and RCs. The Chakan plant is expected to cross the 1,00,000-unit mark for KTM products in 2017. The company looks set to touch a capacity of 2,00,000 units once production of Husqvarna motorcycles begins.

Slow sales led to the company discontinuing the model.

The third-gen X3 gets a petrol engine in only one, fully-loaded variant.

Read More
Thank you for subscribing to our Newsletter
You will start receiving the latest updates soon!